The opening ceremony of the Summer Olympics in Tokyo, Japan

The 1964 Summer Olympics, officially known as the Games of the XVIII Olympiad (第十八回オリンピック競技大会 Dai Jūhachi-kai Orinpikku Kyōgi Taikai), was an international multi-sport event held in Tokyo, Japan, from October 10 to 24, 1964. 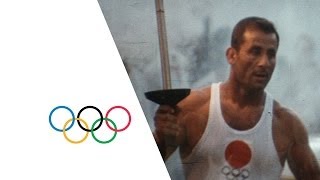 Tokyo had been awarded the organization of the 1940 Summer Olympics, but this honor was subsequently passed to Helsinki because of Japan's invasion of China, before ultimately being canceled because of World War II.