By directives OV/583 and OV/584 of the Soviet People Commissariat of Defense, military units of the Odessa Military District were ordered into battle-ready state in the spring of 1940. Soviet troops were concentrated along the Romanian border between April 15 and June 10, 1940. In order to coordinate the efforts of the Kiev and Odessa military districts in the preparation of action against Romania, the Soviet Army created the Southern Front under General Georgy Zhukov.

This was composed of the 5th, 9th and 12th Armies.

The Southern Front had

Two action plans were devised. The first plan was prepared for the eventuality that Romania would not agree to evacuate Bessarabia and Bukovina. The Soviet 12th Army was to strike southward along the Prut river towards Iaşi, while the Soviet 9th Army was to strike westwards, south of Chişinău towards Huşi. The objective of this plan was to surround the Romanian troops in the Bălţi-Iaşi area. The second plan took into consideration the possibility that Romania would agree to Soviet demands and evacuate its military forces. In such a situation, Soviet troops were given the mission to quickly reach the Prut river and oversee the evacuation of Romanian troops. The first plan was taken as the default course of action. Along the portions of the border where the offensive was planned to take place, the Soviets prepared at least a triple superiority of men and materiel.

The Soviet Union had planned to accomplish the annexation with a full-scale invasion, but the Romanian government, responding to a Soviet ultimatum delivered on June 26, agreed to withdraw from the territories in order to avoid a military conflict. Germany, which had acknowledged the Soviet interest in Bessarabia in a secret protocol to the 1939 Molotov-Ribbentrop Pact, had been made aware prior to the planned ultimatum on June 24, but had not informed the Romanian authorities, nor were they willing to provide support.

The fall of France, a guarantor of Romania's borders, on 22 June, is considered an important factor in the Soviet decision to issue the ultimatum. 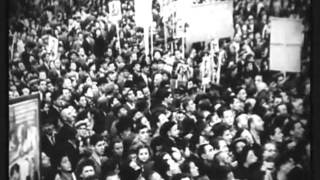