The Russian Investigative Committee confirmed on Sunday that the death toll in the fire in the Zimnyaya Vishnya ("Winter Cherry") shopping mall in the Siberian city of Kemerovo had increased to 64.
"At the moment, the death of 37 people in a fire in the shopping mall in the city of Kemerovo is confirmed. The searches continue," the committee said on Telegram.

A fire that tore through a shopping center killing at least 64 people, including many children, was caused by "criminal negligence and carelessness," says Russian President Vladimir Putin. 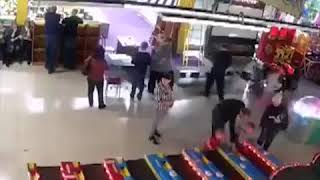