At least 25 people were killed in a bomb explosion inside the main Coptic cathedral in the Egyptian capital Cairo on Sunday, according to the Health Ministry. 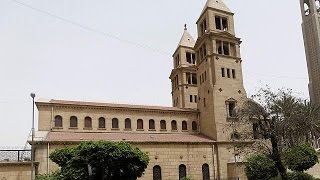 The ministry said 31 people were also injured when a bomb exploded inside the Coptic Orthodox Church in Abbasiya neighborhood in central Cairo.

According to the ministry, most of those injured in the blast were women and children.