Pink Floyd Plays in Venice on a Massive Floating Stage

When Roger Waters left Pink Floyd after 1983’s The Final Cut, the remaining members had good reason to assume the band was truly, as Waters’ proclaimed, “a spent force.”

After releasing solo projects in the next few years, David Gilmour, Nick Mason, and Richard Wright soon discovered they would never achieve as individuals what they did as a band, both musically and commercially. Gilmour got to work in 1986 on developing new solo material into the 13th Pink Floyd studio album, the first without Waters, A Momentary Lapse of Reason.

Whether the record is “misunderstood, or just bad” is a matter for fans and critics to hash out. At the time, as Ultimate Classic Rock writes, it “would make or break their future ability to tour and record without” Waters. Richard Wright, who could only contribute unofficially for legal reasons, later admitted that “it’s not a band album at all," and mostly served as a showcase for Gilmour's songs, supported in recording by several session players.

Still A Momentary Lapse of Reason “surpassed quadruple platinum status in the U.S.,” driven by the single 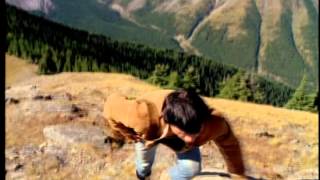 The Russian crew of the Soyuz TM-7 took the disc with them on their 1988 expedition, “making Pink Floyd the first rock band to be played in outer space,” and the album “spawned the year’s biggest tour and a companion live album.”

Uncertain whether the album would sell, the band only planned a small series of shows initially in 1987, but arena after arena filled up, and the tour extended into the following two years, with massive shows all over the world and the usual extravaganza of lights and props, including “a large disco ball which opens like a flower. Lasers and light effects. Flying hospital beds that crash in the stage, Telescan Pods and of course the 32-foot round screen.” As in the past, the over-stimulating stage shows seemed warranted by the huge, quadrophonic sound of the live band. When they arrived in Venice in 1989, they were met by over 200,000 Italian fans. And by a significant contingent of Venetians who had no desire to see the show happen at all.

This is because the free concert had been arranged to take place in St. Mark’s square, coinciding with the widely celebrated Feast of the Redeemer, and threatening the fragile historic art and architecture of the city. “A number of the city’s municipal administrators,” writes Lea-Catherine Szacka at The Architects' Newspaper, “viewed the concert as an assault against Venice, something akin to a barbarian invasion of urban space.” The city’s superintendent for cultural heritage “vetoed the concert” three days before its July 15 date, “on the grounds that the amplified sound would damage the mosaics of St. Mark’s Basilica, while the whole piazza could very well sink under the weight of so many people.”

An accord was finally reached when the band offered to lower the decibel levels from 100 to 60 and perform on a floating stage 200 yards from the square, which would join “a long history… of floating ephemeral architectures” on the canals and lagoons of Venice. Filmed by state-run television RAI, the spectacle was broadcast “in over 20 countries with an estimated audience of almost 100 million.”

The show ended up becoming a major scandal, splitting traditionalists in the city government and progressives on the council---who believed Venice “must be open to new trends, including rock music” (deemed “new” in 1989). It drew over 150 thousand more people than even lived within the city limits, and while “it was reported that most of the fans were on their best behavior,” notes Dave Lifton, and only one group of statues sustained minor damage, officials claimed they “left behind 300 tons of garbage and 500 cubic meters of empty cans and bottles. And because the city didn’t provide portable bathrooms, concertgoers relieved themselves on the monuments and walls.”

Enraged afterward, residents shouted down the Mayor Antonio Casellati, who attempted a public rapprochement two days later, with cries of “resign, resign, you’ve turned Venice into a toilet.” Casellati did so, along with the entire city council who had brought him to power. Was the event—which you can see reported on in several Italian news broadcasts, above—worth such unsanitary inconvenience and political turbulence? The band may have taken down the city’s government, but they put on a hell of a show--one the Italian fans, and the millions of who watched from home, will never forget. See the front rows of the crowd queued up and restless on barges and boats in footage above, and at the top of the post, see the band play their closer in their 90-minute water-borne set, “Run Like Hell” from The Wall, with bassist Guy Pratt subbing in for the departed Waters.

This was a special performance, for live Italian TV and was also broadcast worldwide. Due to time restrictions of live TV some songs were left out and others shortened in places.

The Venice show was great fun, but it was very tense and nerve-wracking. We had a specific length of show to do; the satellite broadcasting meant we had to get it absolutely precise. We had the list of songs, and we'd shortened them, which we'd never done before. I had a big clock with a red digital read-out on the floor in front of me, and had the start time of each number on a piece of paper. If we were coming near the start time of the next number, I just had to wrap up the one we were on. We had a really good time, but the city authorities who had agreed to provide the services of security, toilets, food, completely reneged on everything they were supposed to do, and then tried to blame all the subsequent problems on us.