The ROA did not officially exist until autumn of 1944, after Heinrich Himmler persuaded a very reluctant Hitler to permit the formation of 10 Russian Liberation Army divisions.

On 14 November in Prague, Vlasov read aloud the Prague Manifesto before the newly created Committee for the Liberation of the Peoples of Russia. This document stated the purposes of the battle against Stalin, and spelled out 14 democratic points which the army was fighting for. 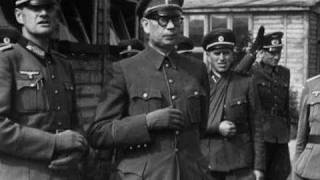 The ROA was organized by former Red Army general Andrey Vlasov, who tried to unite anti-communist Russians opposed to the communist regime in the Soviet Union. The volunteers were mostly Soviet prisoners of war but also included White Russian émigrés (some of whom were veterans of the anticommunist White Army during the Russian Civil War).

On 14 November 1944 it was officially renamed the Armed Forces of the Committee for the Liberation of the Peoples of Russia (VS-KONR). On 28 January 1945, it was officially declared that the Russian divisions no longer formed part of the German Army, but would directly be under the command of KONR