Operation Vesna (Spring) was one of series of 35 mass deportations from Lithuania during occupation. Deported persons mainly came from Lithuanin farmlands.

To follow principles of more effective elimination of non-russian nations, repeatedly occupied by USSR different methods and "tools" were used. The most common method in all mass operations was short, sudden (in some hours) arresting phase of tens of thousand people throughout the selected non-russian country and immediate (24-48h) transportation them in cattle vagons to different parts of USSR  Such method was very effective due people had no possibility to organize any kind of resistence. 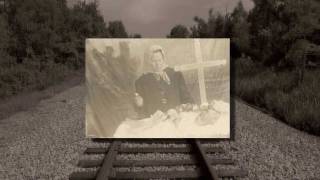 For example, Operation Vesna, which mainly was targeted to destroy strong lithuanian farmers' families, was implemented in the end of May- when all farmers' works in the field were finished, (it means- colonists newcomers from Russia will get already prepared land) but it will be too late for deported Lithuanian farmers to garden anything in new, more northern regions, where they were sent.

Soviet deportations from Lithuania was a series of 35 mass deportations carried out in the Lithuanian SSR, an occupied republic (in 1940) of the Soviet Union, in 1941 and 1945–1952.

At least 130,000 people, 70% of them women and children, were forcibly transported to labor camps and other forced settlements in remote parts of the Soviet Union, particularly in the Irkutsk Oblast and Krasnoyarsk Krai.

These deportations do not include Lithuanian partisans or political prisoners (approximately 150,000 people) deported to Gulags (labour / concentration camps, prisons)