On 10th February 1940 the machinery of terror and national genocide started in territories of Poland, occupied by Soviet Union

On 10th February 1940 in the early hours were deported 140 000 -300,000 Poles, mainly mothers with small children and the old, from Kresy (today the Western Ukraine and Belarus) to Syberia and Kazakhstan to Soviet forced labour camps. Many of them have never returned home. 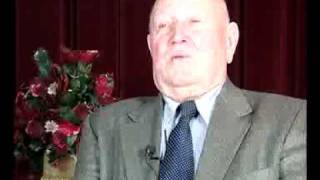 Some 120,000 of these escaped through Persia in 1942 as soldiers of Anders Army and their families - and eventually made their way to the West because their pre-war homeland was consigned by the Allies to remain under the hated Soviet regime.

The circumstances of their odyssey and the tragic history of the Polish citizens under Soviet occupation during the war was hushed up by the Allies during the war to protect the reputation of the Soviet Union, an important ally in the war against the Nazis. After years of courageous suffering, followed by heroic efforts fighting at the side of the Allies in Africa, Italy and Europe, the staunchly anti-communist Polish soldiers were prevented from even participating in the Allied victory celebrations.