The Budapest Memorandum on Security Assurances

The Budapest Memorandum on Security Assurances is a political agreement signed in Budapest, Hungary on 5 December 1994, providing security assurances by its signatories relating to Ukraine's accession to the Treaty on the Non-Proliferation of Nuclear Weapons. The Memorandum was originally signed by three nuclear powers, the Russian Federation, the United States of America, and the United Kingdom. 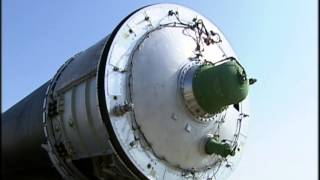 The memorandum included security assurances against threats or use of force against the territorial integrity or political independence ofUkraine as well as those of Belarus and Kazakhstan. As a result Ukraine gave up the world's third largest nuclear weapons stockpilebetween 1994 and 1996,[2][3] of which Ukraine had physical though not operational control. The use of the weapons was dependent on Russian controlled electronic Permissive Action Links and the Russian command and control system.

Following the 2014 Crimean crisis, the U.S., Canada, the U.K., as well as the other countries all separately stated that Russian involvement is in breach of its obligations to Ukraine under the Budapest Memorandum, and in clear violation of Ukrainian sovereignty and territorial integrity.

Russia, however, argued that the Budapest memorandum does not apply to the 2014 Crimean crisis because separation of Crimea was driven by an internal political and social-economic crisis.

Russia initially claimed it was never under obligation to force any part of Ukraine's civilian population to stay in Ukraine against its will.

According to the memorandum, Russia, the U.S., and the UK confirmed, in recognition of Ukraine becoming party to the Treaty on the Non-Proliferation of Nuclear Weapons and in effect abandoning its nuclear arsenal to Russia, that they would: